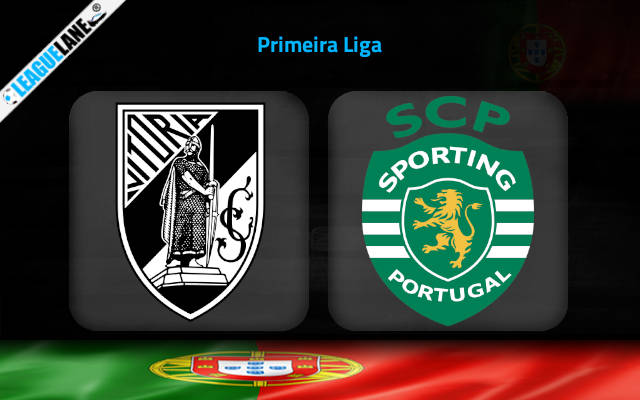 Two teams in the upper half of the Primeira Liga table, Victoria Guimaraes and Sporting Lisbon face each other on Saturday at Guimaraes.

Guimaraes seem to have gotten back in form. Their team has broken their loss streak and is currently having a win-streak on the go. They played their last match against Maritimo, in which Maritimo couldn’t get past the defences of Guimaraes, ending the match with 0-1 FT score.

Their recent trouble with the form had taken the team down the table. So, they will hope for more wins to get back up the table. Currently, the team is 6th on the table with 36 points.

Sporting Lisbon has played well in their recent matches and is unbeaten in their last seven matches. The team played against Moreirense in their last match, which ended in a win for Lisbon. Moreirense couldn’t score any goal in the match while Sporting scored two, ending the match with 0-2FT score.

Victoria Guimaraes will have a tough time when they face Sporting Lisbon. Lisbon has exhibited some strong performance in their matches and has lost in only two of their matches so far. They are also unbeaten in their last seven matches. Guimaraes seems to be back in form after a couple of matches. But their form will be put to the test with this match.

Guimaraes’ home matches have produced some good results for the team. However, Lisbon has performed well in their away matches as well.