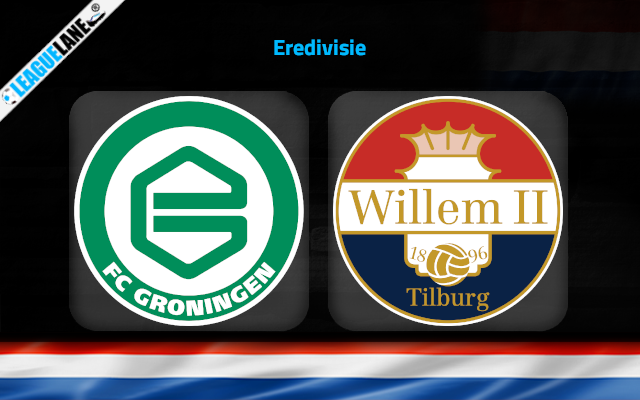 Groningen have managed to find a spot well clear from the danger zone after collecting 7 points from the past 5 league fixtures. They possess an inconsistent form and are occupied at 10th on the table.

They were last seen on a Eredivisie match-day on road against Pec Zwolle. Groningen failed to hold the game for ninety minutes. They conceded a goal in the injury time to draw the game with 1-1 FT score. However, they will be confident enough to enter their next league fixture on the back of their recent form.

Meanwhile, Willem ll have been recording disappointing results from their recent fixtures. They lost 9 of their past 10 matches. They are having a dreadful form in the league lately.

Willem ll are on the verge of the relegation picture. They are just two points clear from it. Hence, a win is must for them further now to avoid sinking into the danger zone.

By the looks of things, we anticipate a both teams to score affair when both these teams lock horns in a Eredivisie fixture scheduled on Sunday at Euroborg. Groningen looks to have a better form in the league when compared to Willem ll. As such expect a win for them in this fixture.

Therefore, we predict a win for Groningen. We back the both teams to score option as neither of these two outfits have managed to display their defensive steel in the league consistently.