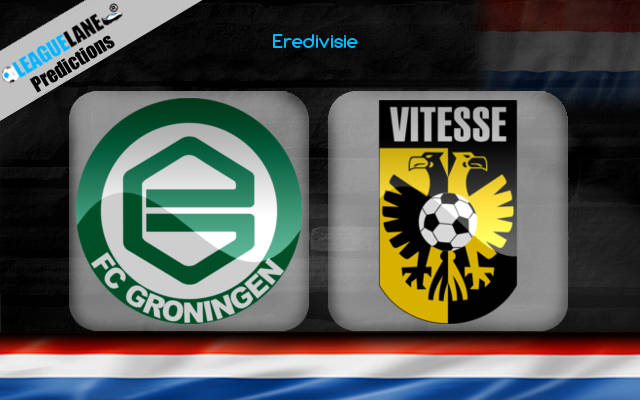 Saturday’s action in Dutch Eredivisie is starting with an interesting clash between Groningen and Vitesse. Both sides are currently located in the upper part of the table with realistic chances to battle for Europa League playoffs.

None of them secured victory in the previous showing, so getting three points here ahead of a tough schedule in February could be quite inspiring. In terms of the odds, hosts are warm favorites for the win at 2.37 rate.

There were 55 head to head duels between these two teams in the past. Vitesse are having a small 28-27 advantage when it comes to victories.

What is really interesting to mention is that six out of the last seven encounters between them have ended with BTTS & Over 2.5 FT.

Performances at Hitachi Capital have been the strongest characteristic of Groningen so far. They have won six encounters here in ten appearances, scoring 16 and conceding only eight goals. All of the defeats were narrow and usually happened against top tier teams.

There are a couple of sidelined players for this match though – El Hankouri, Gudmundsson and Dallinga. Another issue is poor efficiency. Groningen are the fourth worst team in the league when it comes to scoring.

As for their opposition, team Vitesse are having completely different playstyle, sitting in the 5th position with 35 points. This squad has bagged 36 goals so far, which averages around 1.65 per match. As for the results away from home, so far, they have five wins, two draws and four losses.

Hosts are struggling when it comes to scoring, while Vitesse have 38% loss rate away from home. We feel confident to pick draw or away win double chance and back it with high stake.

Both teams to score is the secondary choice, mainly because of previous head to head duels.