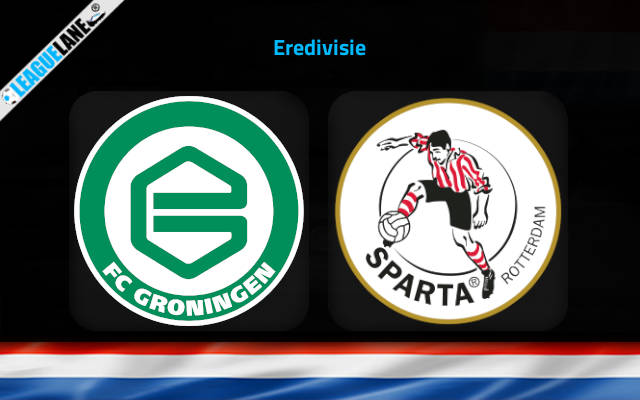 Groningen will be hoping to arrest the current slump in form and return to winning ways after four subsequent league losses on Saturday evening when they host relegation-threatened Sparta Rotterdam in Gameweek 32.

They are now lock on points with Go Ahead Eagles and just one point above the likes of Heerenveen and NEC Nijmegen in the battle for the eighth place in the league table (the last spot that takes to the Dutch Conference League playoffs).

The most recent of Groningen’s failures came on Sunday when they conceded three quick first-half goals in a 3-1 defeat at RKC Waalwijk.

It was the third defeat with this specific scoreline in the last four rounds for Danny Buijs and his men who obviously have big problems to keep things quiet defensively these days.

It will be very interesting to see how Groningen will perform here against Sparta Rotterdam who desperately need salvation points.

The visitors are lock on points with the likes of Fortuna Sittard and Willem II in the battle for avoiding relegation.

The safe zone is three points away from Maurive Steijn’s men who managed to keep AZ Alkmaar to a 1-1 draw in the previous round seven days ago.

The lack of attacking creativity is the main issue for Steijn because his troops have managed to find the net just twice in the previous four league games.

The hosts will be motivated to find the way out of a huge crisis, while Sparta Rotterdam are desperate for points in the relegation battle.

We expect a tight affair with very few goal scoring opportunities at both ends. The Under 2.5 goals FT is thus the way to go at the 1.72 odds, while the braver tipsters can try with the draw at the odds of 3.50.