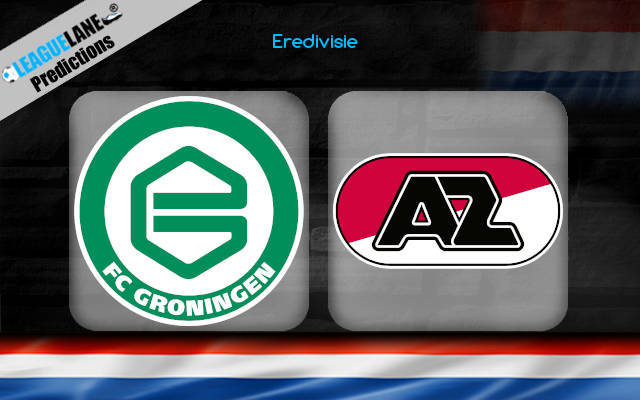 Groningen will host AZ in the most exciting game of the 33rd Eredivisie round on Thursday afternoon at Hitachi Capital Mobility Stadium.

The penultimate-round tie at Hitachi Capital Mobility Stadium has a much greater significance for AZ who are still dreaming of UEFA Champions League qualification.

The visitors are just one point shy of PSV in the battle for the second place and a spot in the second qualifying round of the elite continental competition next season.

However, AZ will face a very tough challenge on Thursday as Groningen will enter the game in the highest of spirits after putting four goals past Emmen at the weekend.

Arjen Robben stole the show on the occasion, marking his return to football after a seven-month injury nightmare.

The former Chelsea, Real Madrid, and Bayern Munich star contributed to the comprehensive victory with a couple of assists. He will certainly be the one to look after on Sunday as the 37-year-old veteran will be highly motivated to show his class against the Champions League hopefuls.

Groningen have thus ended a three-loss run with the mentioned commanding victory against the relegation-threatened opposition. They will play the UEFA Conference League playoffs regardless of what happens in the final two matches.

AZ have been more successful historically in this match-up, but they lost this term’s meeting with Groningen 1-2 in December last year.

AZ only managed to score two goals in the last three meetings with Groningen, so you might reconsider your away win picks here (although the visitors need points to stay in contention for the Champions League football before the final day).

AZ have been one of the toughest teams to break down in the entire division in the last couple of months. They shipped only four goals in the last eight affairs, seven of which they’ve won.

Nevertheless, the 0-4 demolition of Emmen inspired by Arjen Robben’s victory could give wings for the hosts to snatch another positive result here. We will go for the value and back Groningen’s victory at the odds of 5.25. The second bet is Arjen Robben to score anytime at the 3.75 odds.