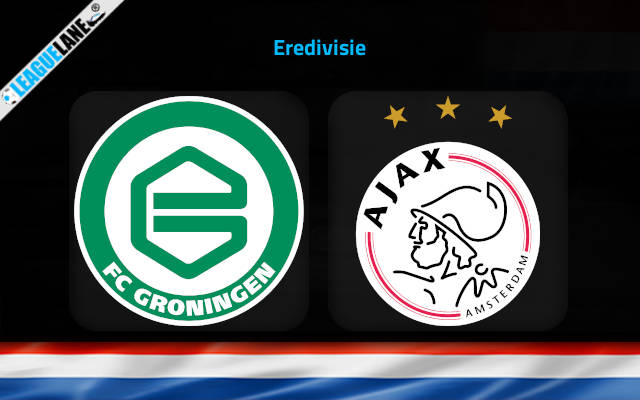 FC Groningen were flying high before the international break. They scored seven goals in the last two wins over NEC Nijmegen and Utrecht and made it five straight Eredivisie games without a defeat.

This streak will, however, be on the toughest of tests on Saturday afternoon when reigning champions and current leaders Ajax come to visit Euroborg for the Gameweek No 28 clash.

Ajax maintained a two-point lead after a hardly-fought 3-2 victory over Feyenoord in the big Dutch derby played two weeks ago in Amsterdam.

Ajax have notched three goals in each of the last three league wins, though. Can they keep this splendid attacking form going and pick up a wanted result here against Groningen?

Looking at Groningen’s recent attacking form (seven goals in the last two fixtures), we have reasons to expect a goal fest on Saturday afternoon at Euroborg.

FC Groningen moved up to eighth place in the Eredivisie standings after a run of five successive games without a defeat. They are now only four points behind Utrecht in seventh, meaning the qualification for the UEFA Europa Conference League playoffs is well on the cards for Danny Buijs and his troops.

Ajax to Win & Both Teams To Score looks as a great betting option at the odds of 2.62 if we know that the Amsterdam giants have won each of the last three Eredivisie outings with the identical 3-2 scoreline.

Ajax have conceded two goals in all of the last four league matches. Considering they are 1.20 favorites here, we see great value in backing the Over 3.5 goals FT bet at the 2.00 odds.