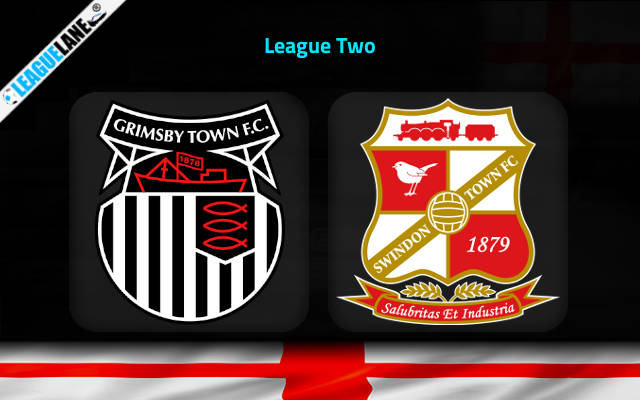 Two in-form teams Grimsby and Swindon will go head-to-head at Blundell Park in an early kickoff this Saturday. Both teams are showing decent records in their last five outings respectively.

The host quickly bounced back with a victory against Colchester following a 1-1 draw with Gillingham. Against Colchester, it was Harry Clifton who made the difference by scoring the winning goal within thirty minutes remaining on the watch.

This narrow victory helped Paul Hurst’s team climb to the eighth spot on the table.

The visitors are not far behind this season. Both teams are separated by a single point. However, Swindon have played an extra game compared to their counterpart.

Nevertheless, Scott Lindsey‘s side are on a two-game winning streak. Most recently they defeated Doncaster by a one-goal margin. Jacob Wakeling was the goal-scorer.

The team currently occupies the eleventh position on the table. It is interesting to know that the visitors have won only 33% of their matches in the current League Two campaign.
Moreover, Jacob Wakeling has scored in his last two consecutive league appearances.

It is worth knowing that both teams have lost only a single game this campaign. Also, Scott Lindsey’s side have scored four goals in their last two league matches.

Moreover, both teams are unbeaten in their last five outings. Currently, in League Two only three teams have this record. It also needs to be noted that 55% of the games have ended in a stalemate for the current visitors.

Our prediction is that the Swindon will win this fixture – at 3.10 odd. This is after considering that in the head-to-head meetings the visitors are on a two-game winning streak.

Moreover, our next tip for this game is that Over 3.5 goals combined – at 3.40 odd. The two clubs have scored a combined total of four goals in their most recent meeting.