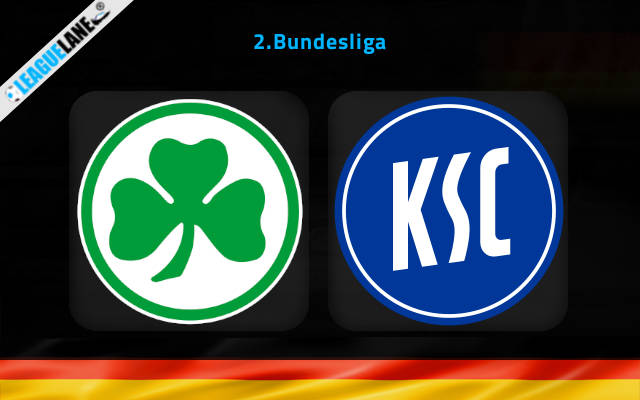 Greuther Furth were having a dreadful form in the past Bundesliga season. They finished at the rock bottom spot of the table, resulting in losing their position in the next top flight season. The relegation to the second division will make them desperate to gain back their first division spot.

Meanwhile, Karlsruher were having an inconsistent winless form throughout the past 2. Bundesliga season. As a result, they ended up in the 12th spot of the league table at the end of the season. They will be hoping to have a better run this season.

We can see Furth sealing a couple of wins from their recent friendly outings prior to the fresh season clash. They might have considered those friendly recordings as a boosting part to their fresh 2.Bundesliga season run.

Anyways, they failed to convert the above mentioned spirits into positive outcomes as they recorded back-to-back winless displays to their opening two league fixtures. Their opening fixture at home against Holstein Kiel ended up in a 2-2 draw.

On the other side, The positive hopes of Karlsruher SC didn’t reflect in their first two fixtures this season. They lost their first match leaking five unanswered goals against Paderborn on the road and against Magdeburg leaking three goals while scoring two at home.

Karlsruher possess a disappointing form on the road too. They lost four of the past five away matches leaking goals in a worrying fashion.

Considering all the above stats, we are left to back Greuther Furth to seal a win against Karlsuher when they both meet in a 2.Bundesliga fixture on Friday.