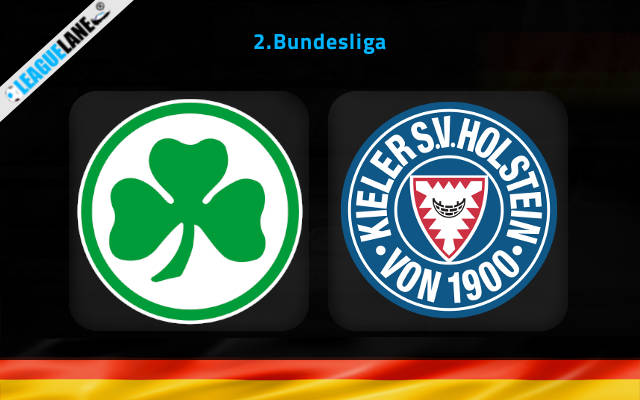 Greuther Furth were having a dreadful form in the past Bundesliga season. They finished at the rock bottom spot of the table, resulting in losing their position in the next top flight season. The relegation to the second division will make them desperate to gain back their first division spot.

Furth sealed a couple of wins from their recent friendly outings prior to the fresh season clash. The above results will be considered as a boosting part to their upcoming 2.Bundesliga season. They will be facing Holstein Kiel in their opening league fixture with wearing home jersey.

Meanwhile, Holstein Kiel were having an average form the past 2.Bundesliga season. Their average form resulted in their positioning on the table. They were at the 9th spot of the table which was 15 points away from the safe zone. We can slo see them trying their best in the final fixtures to seal wins.

Holstein Kiel recorded impressive displays in their recent frinedly outings. We can also see their defensive line-up leaking some goals in those friendly clashes. They will be hoping to improve those negatives in the opening fixture of this 2.Bundesliga season.

Furth is seen mostly losing when analyzing their past home outings because most of them were from the first division. They have won a friendly with Ingolstadt scoring 3-1 at home of late.

On the other side, Holstein Kiel is having a disappointing form on road. Most of their recent on road recording are from the past season. The winless form of Kiel in those fixture with the decent head to head form of Greuther Furth, forces us to back Furth to seal a win from this fixture.