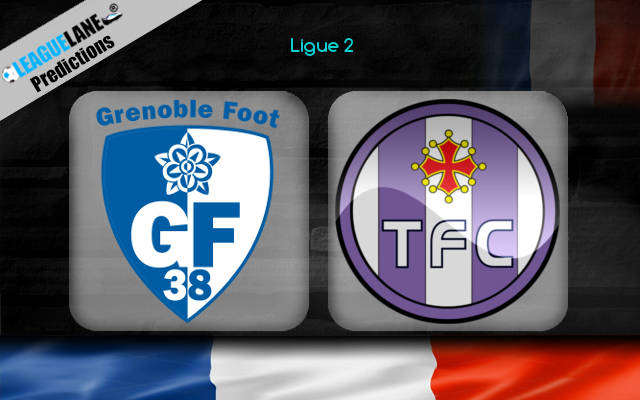 Toulouse are the toppers of the French second division, and by extension, the best team in the league bar none. They are on a long unbeaten run, and have scored the most number of goals of all the teams in the competition.

It’s no secret that they are going after a top-two finish, in order to secure promotion to the Ligue 1. And if they keep up this current intensity, they could do it in style, and win the title as well.

Meanwhile, Grenoble are one of the relegation-threatened squads in the league, and are placed 18th in a table of 20. They are conceding goals in huge numbers, and they also have a poor h2h record against this rival over the years.

Taking into account these observations, expect a win for Toulouse this Monday at the Stade des Alpes.

Grenoble had lost ten of their past twelve overall fixtures, and they had also conceded three or more goals in three of their preceding five matches.

Note that they had also lost three of their past four appearances at home.

On the other hand, Toulouse are on a three-game winning streak, and they had slotted in a total of ten goals. Moreover, they had also remained unbeaten in 29 of their past 32 overall fixtures.

Considering these observations, and recent h2h results, expect a win for toppers and potential champions Toulouse.

Tips for Grenoble vs Toulouse