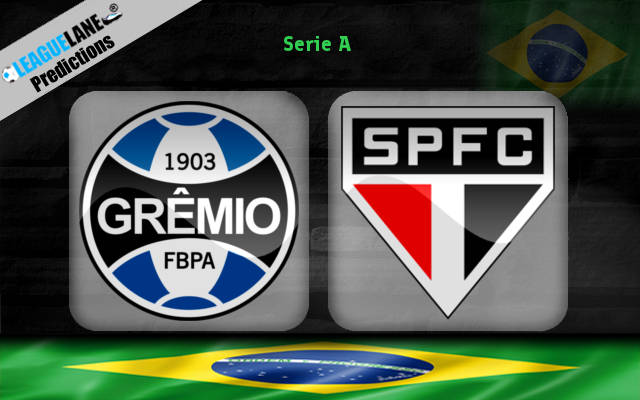 With three games left this season in the league, Gremio are still stuck in the relegation zone. It goes without saying that they will be desperate for a win, especially since they need a surplus of five points to climb over the cut-off.

Meanwhile, Sao Paulo will be keen to hold on to their Sudamericana spot. And since both  teams have had troubles with their defense, the expectation is that we are about to witness a high-scoring affair.

Gremio had lost 3-1 on the road the last match-day, against Bahia. They had also lost ten of their past sixteen games, and had conceded two or more goals in five of the last seven appearances at this ground.

On the other hand, Sao Paulo have been a total mess on the road in the past three months – so much so that they have a total of one away win during the while.

Considering these stats, and most importantly the desperation of either squad, expect a goal-fest this Thursday between the two.

Tips for Gremio vs Sao Paulo