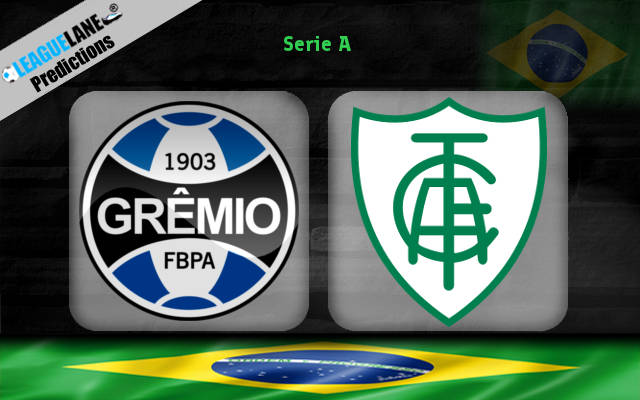 Gremio have made a mess with their campaign so far. They are placed second to last in the table, and have a single win till now. However, they do have a superb h2h record against America MG, and will hope to secure a narrow win this weekend.

America are on a losing run at the moment, and only the dead-last placed Chapecoense have conceded more goals than them this season in the Brazilian top flight.

Note that they have also been one of the worst teams on the road in the Serie A, with them having a 100% losing record in such games, barring a single match-up.

In the meantime, despite their awful start to the campaign, Gremio registered their first win the past game week, and that too against the formidable Fluminense.

Now they will hope to post another three points on the board, and they will derive confidence from the fact that they are at home, and have a good h2h record against this opponent.

On the other hand, their counterparts are on a three-game losing run, and they had failed to score in these three fixtures. Moreover, they had lost five of their past six road trips as well.

Taking into account these observations, and especially the h2h superiority of Gremio, expect a win for them. However, considering their poor offensive performances lately, count on just a narrow win this weekend.