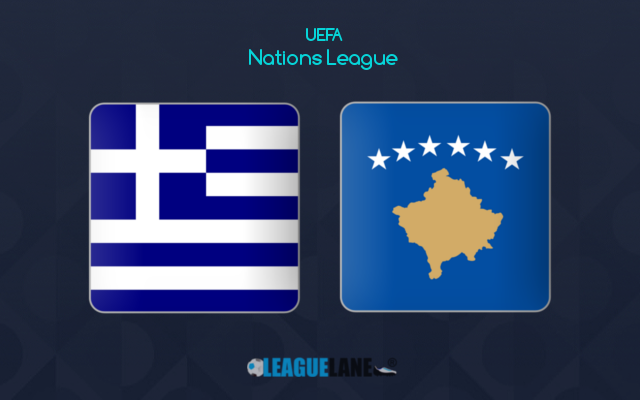 Greece had an excellent start to this UEFA Nations League season. They have sealed a possible six from their two league fixtures so far and have comfortably topped the table with a win difference against the second spot Kosovo.

Greece recorded a 0-1 win against Kosovo on road in their most recent Nations League fixture. Their upcoming league fixture is against Cyprus. If they seals a win from that, their winning streak will extend into three league games. Sealing wins might be their aim.

Kosovo had an average start to this UEFA Nations League season. They have won one and lost one of their two group fixtures so far to occupy the second spot of the second group table. They will be hoping to record their best display on Sunday ahead of their clash against the group topper Greece.

Kosovo’s reverse fixture defeat against Greece at their safe patch might be fueling them to pay back with recording a positive at the home stadium of Greece. Their upcoming league fixture against Northern Ireland will be considered as a factor to increase their spirits.

The recent recordings of Greece at home seems to be inconsistent. But their opponents are heavy weights like Spain Sweden etc. Still they have managed to seal a win against Sweden scoring two goals.

On the other side, Kosovo have won against Cyprus in their only on road clash so far this season. Except for such positive outcomes, their most often recording on travels is a negative display.

On top of that, Greece possesses an unbeaten stat against Kosovo in the history of this head to head clash. Hence, we back Greece to seal a win from this fixture.