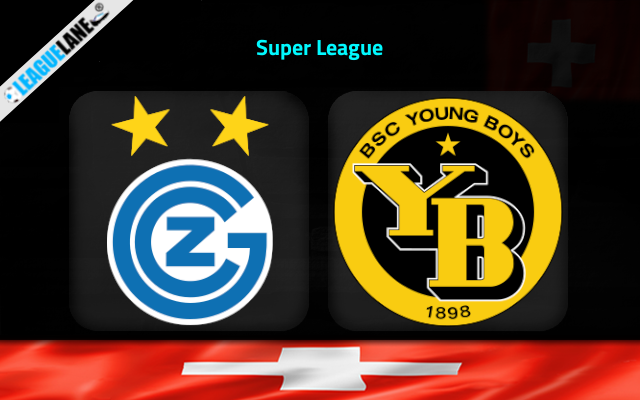 Grasshoppers vs BSC Young Boys Predictions and Free Tips from our expert tipsters when the teams go head-to-head in the Swiss Super League on Saturday, 21 January 2023.

Young Boys will return back to Super League after two months of break with the hope of securing their current position in the league standings. They are at the top of the table, well clear from their competitors.

Grasshoppers, who is currently at the 7th spot, will be Young Boys’ opposition for Saturday’s league fixture. The guests often concedes a defeat which puts them away from the safe zone in the standings.

Young Boys are currently having a 14-game unbeaten streak against Grasshoppers. The latest match-up ended in a 1-1 draw.

Going on, Young Boys have won five of the last seven meetings at this stadium. They have netted in a total of 16 goals over the course of those seven clashes.

Who will win the match between Grasshoppers vs BSC Young Boys?

Grasshoppers was winless in four of the past five home matches while Young Boys follows a four-game unbeaten streak on the road.

On top of that Young Boys are having a strong head to head form against Grasshopper in the recent tradition. Therefore, we expect a win for Young Boys on Saturday.

The attacking side of Young Boys is having an impressive form since the beginning of this season. They have scored a total of 35 goals in 16 games.

Going on, Young Boys alone have scored over 2.5 goals in matches against teams like Luzern, Basel and Lugano lately. Thus, we can expect this match to have goals over 2.5.

The defensive side of Young Boys is so strong but they have let in goals in matches they have won on the road. If that trend persists and since we expect a win for Young Boys, both teams to score is likely to land here.

The impressive form of Young Boys since the beginning of this season forces us to back them to seal a win from this fixture.

BSC Young Boys to win at 1.67 odds is our main betting pick while placing the both teams to score & over 2.5 goals at 1.90 odds as the second.