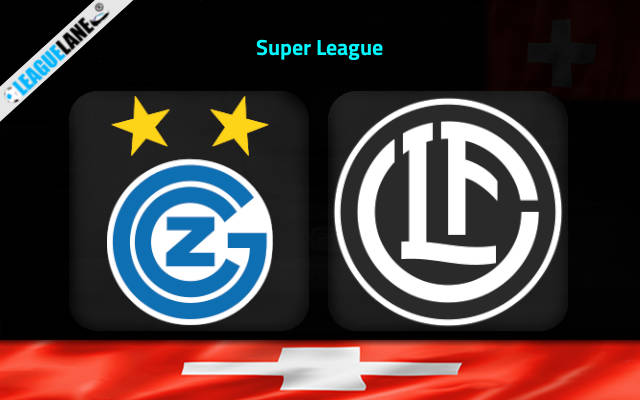 Lugano won and lost twice from the last 5 fixtures and need at least 4 points to get into the Europa Conference League Qualifiers spot. Grasshoppers lost thrice from the last 5 games played and are currently struggling to find a win since the past 2 league schedules. This upcoming 24th Round of Super League is scheduled at Letzigrund Stadion in Zürich where Lugano will be the visitors.

Lugano is at the 4th spot on the standing with 36 points from 23 games. They won 11 times in the league and drew 3 times while losing on 9 other occasions. They scored 29 in total while conceding a sum of 31 so far in the league.

The visitors won the last league game against Servette by 2-0 ending their 2 losses in a row. They have been scored against in 5 of their last 6 matches, giving their opponents 10 goals in total.

On the other side, Grasshopper Club Zürich resides at the 7th position on the table with 27 points. Of the 23 matches played, they won only 6 games while drawing on 9 and losing on 8 other occasions. Their total goals to conceding ratio stands at 37:35 which shows that they follow a defensive style of play.

The hosts lost the last league fixture to St. Gallen by 0-2 after a previous draw to Young Boys. They have been scored against in 5 of their previous 6 games, leaking 11 goals during that time.

Lugano are undefeated by Grasshoppers when they have played them away from home in the previous 2 matches in the league while they are without an away win for the past 4 league schedules.

We envisage a draw in the upcoming fixture as the hosts are without a win for the past 6 games at home. In the case of visitors, they lost 6 out of the 11 games played on road this season. Hence a tie is most likely to occur.