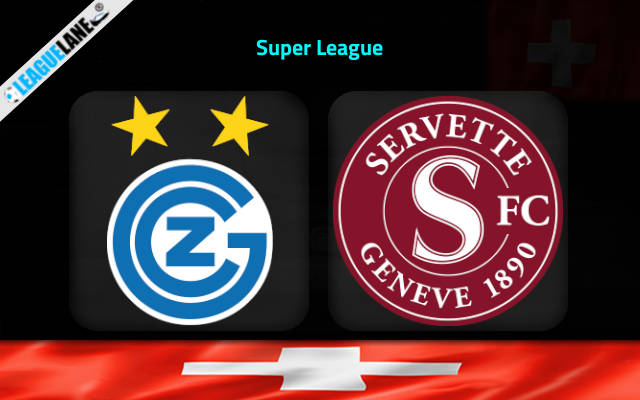 Grasshopper Club Zürich is having a hard time in the league, losing back to back games. They won only once from the last 9 league schedules and are just above the relegation zone. Servette won the previous league fixture which came after their 3 games seeing no victory. Losing the last three on the road fixtures, they hope to turn the tables as they travel to Letzigrund Stadion this Sunday to cross swords with the Grasshoppers.

The Maroons are at the 5th spot on the standing with 32 points from 24 games. They won 9 times in the league while drawing on 5 and losing on 10 other occasions. They scored 36 in total while conceding a sum of 42 which shows some room for improvement in defense is needed.

Servette had a 1-0 league win over Young Boys in their most recent fixture. In 5 of their prior 6 clashes featuring the visitors, a comparatively low number of goals have been struck between them and their opposition.

On the flip side, the hosts reside at the 8th position on the table with 27points. Of the 24 matches played, they won 6 games while drawing and losing on 9 games each.

Grasshoppers lost back to back league schedules against St. Gallen and Lugano. They have failed to prevent opponents from scoring on 5 of their previous 6 games, shipping 11 goals on the way and has rarely kept a cleansheet.

Previous matches between the two has averaged 2 goals while BTTS has happened 29% of the time.

The Maroons have not beaten Grasshopper Club Zurich in away games against them for the last 3 league matches and have also not won on road from their last 3 league schedules. Therefore, we anticipate a win for the home team this Sunday.