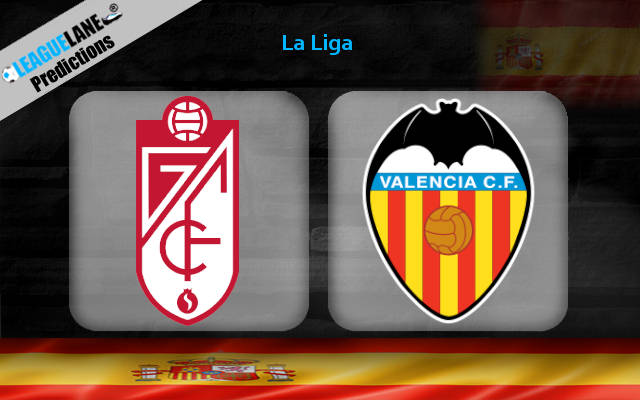 Granada are going through a good run at the moment, and especially so at home. Meanwhile, Valencia are on a dismal streak on the road, and are conceding in plenty. Likely, expect a win for the former this Saturday at the Estadio Nuevo Los Cármenes.

They had finished ninth in the table the past campaign, missing a European ticket by just two spots. They are certainly going after one this time around, and will try to cash in on their home games, where they clearly have been better.

However, they need to be wary of the fact that they had conceded the most number of goals of all the teams in the competition in 2020-21. In fact, while they let in 65 goals, not a single squad had even breached the 60-goal mark.

This struggle with the defense is clearly an issue that needs some sorting out, and opponents have targeted this weakness in the past.

In the meantime, Valencia had ended up in the 13th position, and could post a total of just ten wins over the course of the season. Particularly on the road, the team had been finding it hard to showcase any kind of form in 2020-21, and it still seems to be ongoing.

As such, expect a win for Granada this Saturday.

Granada were held to a goalless draw the last match-day, by Villarreal. In the meantime, Valencia won 1-0 against Getafe.

Going on though, Granada were unbeaten in seven of their former eight fixtures, and they are on a three-game winning streak at home. Note that they had scored two or more goals in these three matches.

On the other hand, their counterparts are on a 12-game winless run on the road, and nine of these were losses. They also have a poor h2h record in recent years, and especially so at this venue.

For the reasons, expect a win for Granada.

However, Valencia used to be one of the best teams in Spain, and at the same time Granada have one of the worst defenses in the La Liga. Surely count on Valencia to slot in at least one goal this weekend.