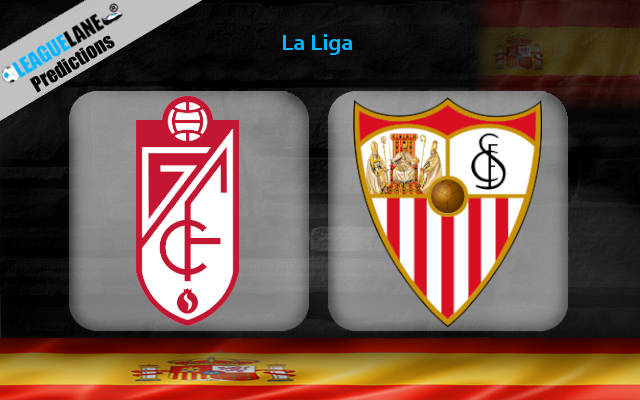 Granada had a decent start to this season La Liga, but they have dropped points in the recent two clashes which pulled them down to the tenth position in the campaign table.

Sevilla was at the fourth spot last season in La Liga and they have picked up 7 points from the three appearances this season.

With their winless run so far, Los Palanganas are right where Julen Lopetegui wants his team to be at this stage. They will visit on the back of a 1-1 draw on the road against Barcelona last time out in the campaign.

Granada being the host will probably experience the benefit of the ground advantage. Their only loss so far was away from home, which suggests that home is the strongest suit for the Nazaries.

Even at the blow of 6 goals behind their keeper, the team slot in a goal as a consolation in the defeat against Atletico Madrid. This suggests that Diego Martinez’s boys will not back without a fight.

However, the Nazaries have scored no goal in their recent three h2h meetings with Sevilla. The visitor’s powerful defense is also reflected in conceding just 2 goals in 3 league clashes this season.

Keeping this in mind, the most probable result in ninety minutes will be an away win. Based on their recent h2h clashes, the correct score will probably be 0-1 for Sevilla.

This also points to the away side, taking all three points from the encounter. To be safer, the draw no bet over Sevilla at 1.40 odds will probably be the best bet for the punters to yield decent returns.