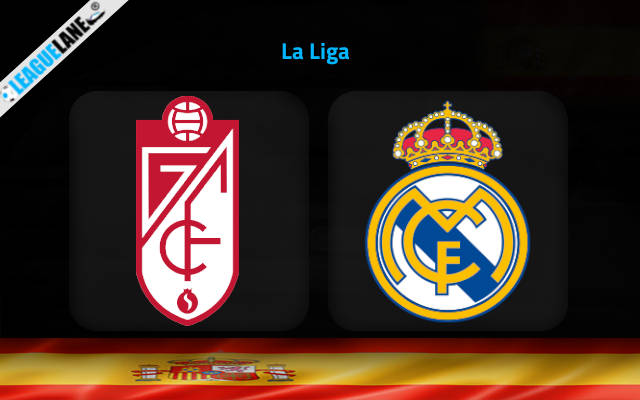 Real Madrid seem well-set on their objective of dethroning arch-rivals Atleti as the Spanish champions. They are in great form, and spear-headed by Karim Benzema and Brazilian sensation Vinicius Jr, they are scoring goals for fun.

Currently they are placed second in the table, trailing a single point below toppers Sociedad (who have played an extra game). And with Sociedad taking on Valencia this weekend, it’s an opportunity for the Royal Whites to climb to the top-most spot.

And their prospects look even brighter, considering they are taking on the struggling Granada, who have won just twice so far this season.

Granada lost 2-0 on the road the last match-day, against Espanyol. They were also winless in 16 of their preceding 18 games, and they have won just once at home since April of 2021.

On the other hand, Carlo Ancelotti’s men are one of the best teams in Europe, and under the experienced gaffer, the team looks like they have found their old mojo back.

They had recorded a 2-1 win the latest match-day, against Vallecano, and had also won five of their former six games.

Going on, they had won six of their past seven road trips, and the last they failed to find the back of the net on the road was back in May – against Chelsea, in the Champions League.

By the looks of things, expect a convincing win for Real Madrid this Saturday.

Tips for Granada vs Real Madrid