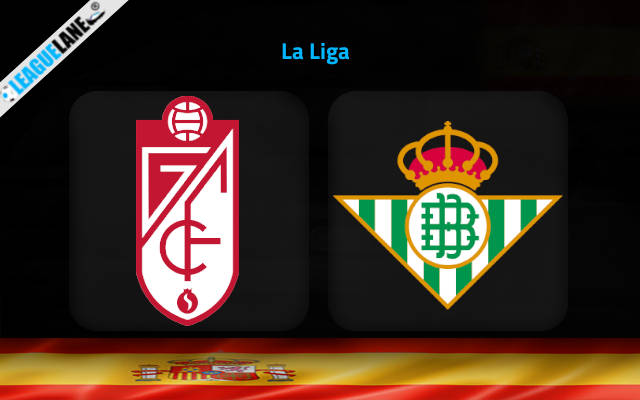 While Granada and Betis were some of the top-performing teams of last season in the La Liga, they have not made great starts to this new campaign. Goals are coming in plenty, and it is expected this Monday as well, since the teams are desperate for their first win.

Betis had finished sixth in the table the last season, and thus secured a direct ticket to the Europa League. However, they had let in a total of 50 goals in the process – which was one of the worst defensive stats in the whole Spanish top flight.

This time around, they are on a 100% winless record, and are placed 17th in a table of 20. Moreover, only the dead-last placed Alaves have conceded more goals than them as well.

In the meantime, Granada had finished ninth in the league in 2020-21, missing a European ticket by just two spots.

However, they had the absolute worst defensive record in the whole league – as they let in 65 goals. In fact, they were the only team to breach even the 60-goal mark.

On top of that, majority of h2h clashes also had goals in huge numbers.

By the looks of things, expect a high-scoring affair this Monday between these two squads.

Granada lost 4-0 on the road the last match-day, against Vallecano. In the meantime, Betis lost 0-1 at home against Real Madrid.

Going on, Granada had a total of just three clean sheets in their past 20 games, and just two at their home in their last 13 appearances.

On the other hand, their counterparts had failed to keep a clean sheet in 12 of their former 14 match-ups, while they have a single one on the road in the past five-month period.

In addition, most of the h2h meetings over the years have also had goals in huge numbers, and finally, these two had conceded heavily in the previous league campaign, despite finishing in the top-half.

Likely, expect a goal-fest at the Estadio Nuevo Los Cármenes this Monday.