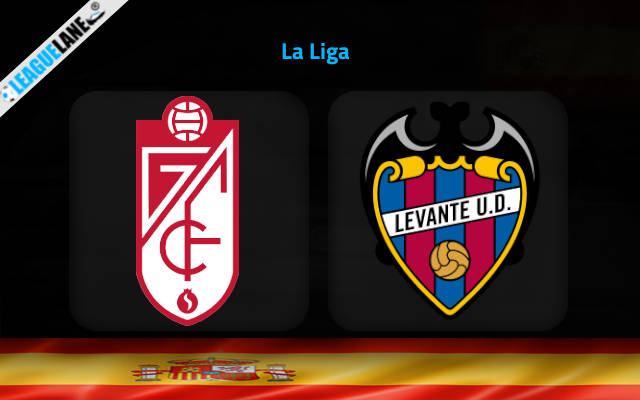 Levante are making things complicated for them each passing match-day. They are placed 19th in a table of 20, and with just seven games remaining, they have to come up with a surplus of eight points to avoid relegation.

And it needs mentioning that they have been able to post just 22 points on the board from their 31 games till now.

They have also had struggles with their defense right from the start of the season, and this situation could only get worse, as they are now desperate for points.

Suffice it to say, their fans are going to have some sleepless nights for the next month.

Meanwhile, Granada are hanging by a thread over the relegation cut-off. They are placed 16th in a table of 20, and have a cushion of merely one point over the cut-off.

They too are struggling for form, and particularly so their backline.

It goes without saying that these two are direct competitors in the relegation dogfight, and as such a win against the other is going to be hugely beneficial.

Expect a competitive encounter between the two squads this Sunday, and taking into account the weak defenses on either side, expect goals in plenty too.

Granada lost 4-2 on the road the last match-day, against Sevilla. They were also winless in 12 of their past 14 overall fixtures, and in the process they had gone on a five-game losing streak too.

Note that they are also on a six-game winless run at home.

On the other hand, Levante lost 2-3 at home against Barcelona. They were also winless in four of their past five overall fixtures, and they had remained so in 33 of their preceding 39 games.

Taking into account these stats, and particularly the desperation of either squad, anticipate goals in plenty this Sunday.

Tips for Granada vs Levante