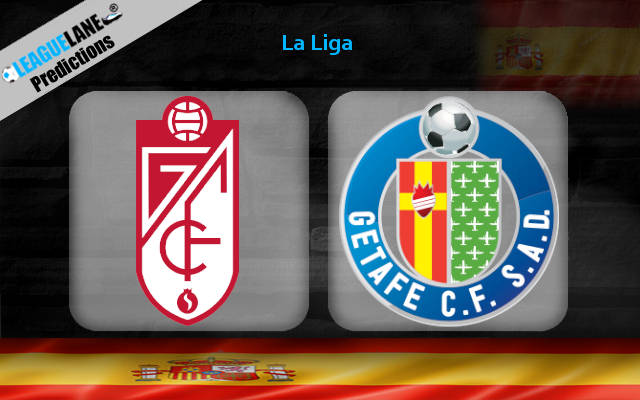 Mid-table side Granada will aim for a top-ten finish in La Liga this season. However, the target will become harder while facing Getafe with their recent losing streak in the league. Getafe is still closer to the bottom part on the table but not in danger of relegation.

The host is on a four-game losing streak in the campaign, following a 4-2 loss on the road against Alaves last time out in their schedule. They might finish a place ahead with a win here, given Bilbao suffers a drop in points in their respective final game.

In the meantime, Getafe was also in a similar losing streak for three games in their schedule. However, they will visit after breaking that run with a win last time out in the campaign. Their previous encounter was at home and they defeated Levante with a 2-1 scoreline.

Except in their most recent encounter in the reverse fixture this season, all the h2h meetings between these sides since 2014 have seen both teams scoring. Now that they both are in a similar form in the league, we can expect a similar BTTS result in the game on Sunday.

In addition to that, the match is sizing to be anyone’s game or a draw in ninety minutes. The host enjoys eth ground advantage but has a poor record at home. The same goes for Getafe on the road and in their overall performance this term, compared to the former.

Hence, the double chance favoring Granada will probably be the best bet regarding the h2h history of the teams in La Liga.