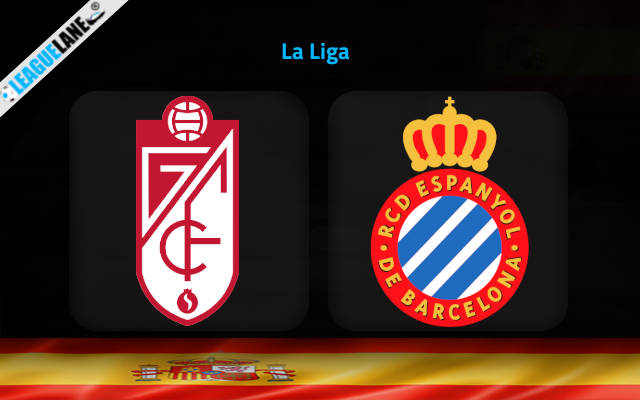 Granada have a clear picture ahead of the final day fixtures. They are one point above the likes of Mallorca and Cadiz down in the relegation battle and they only need to beat Espanyol on Sunday evening to secure the survival in the elite class of Spanish football regardless of what their rivals do on the final day.

Beating Espanyol at Estadio Nuevo Los Carmenes should not be too big of a task for Aitor Karanka’s (former Real Madrid player) since the visitors have been on the beach for quite a while now.

Espanyol did not have any motivation whatsoever in the last several weeks in terms of the league standings and their final position.

This is why they took only two points from the previous five matches. They have been particularly struggling to perform on travels recently.

Espanyol are winless in eight straight matches on the road in all competitions. They will go into this off the back of four straight defeats away from home in the league.

On the other side, Granada had been on a two-win run before falling 2-0 away at Real Betis last Sunday. It was the first loss in the last five league outings for the team led by Aitor Karanka.

Granada will enter this match in a much better form and much more motivated to get the win on the final day of the season in front of their fans. We do not need anything else to see them as huge favorites here.

Home win to nil is thus well worth backing at the 2.50 odds knowing that Karanka’s men have done very well defensively of late. You can also go with Granada to win by two or more goals difference at the 2.20 odds.