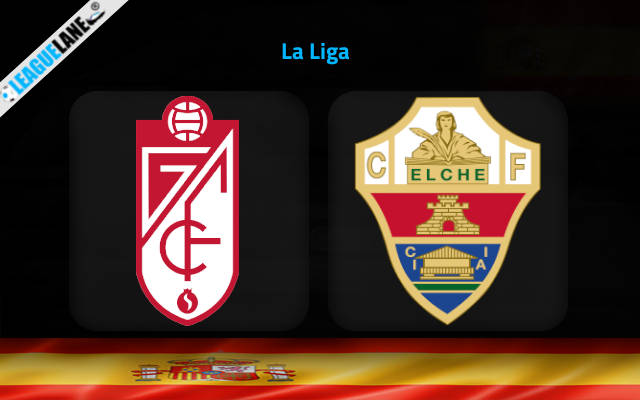 They have been conceding goals in huge numbers all through the campaign, and even so at home.

Meanwhile, Elche have had issues of their own, but lately their form has been quite impressive. In fact, their few losses in the past few months had come against some of the best teams in Spain.

By the looks of things, expect Elche to have the upper hand this Saturday at the Estadio Nuevo Los Cármenes.

However, Granada are desperate, and are at home. They also have the better h2h record over the years. Likely, it’s doubtful if the guests would be able to keep a clean sheet at this stadium.

Granada lost 3-1 on the road the last match-day, against Valencia. They had also lost six of the past seven overall fixtures, and they are on a nine-game winless run. Do also note that they had let in two or more goals in five of their previous seven fixtures.

On the other hand, Elche did lose 1-2 at home the past game week, against Barcelona. But it was a closely-contested fixture. Going on, they were unbeaten in eight of their past eleven overall matches, and they have also lost just four times on the road in the past four-month period.

Judging these observations, expect Elche to have the edge this weekend.

Going on, Granada are desperate to put an end to their dismal streak. On top of that, they also have the better h2h record over the years.

As such, anticipate goals to come in plenty this weekend.

Tips for Granada vs Elche