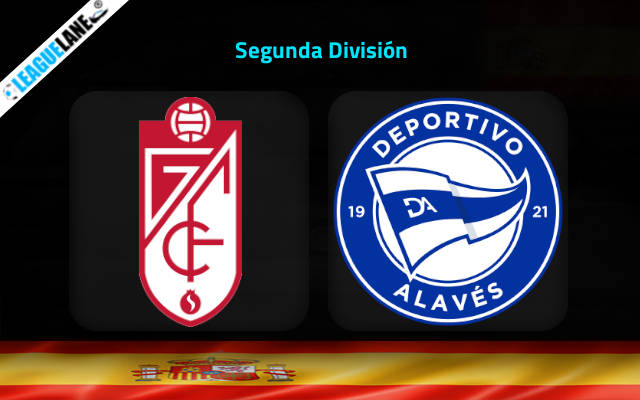 Alaves have easily been the best of the lot in the Spanish second division so far, and are rightfully at the top of the table. They lost just once all through the campaign, and are pitted against the rather inconsistent Granada.

Granada have a single win to their name in the past five fixtures, and they are also finding it hard to find the back of the net. It goes without saying that they have dug themselves into a pit here, and are under extreme pressure to put an end to their dismal run.

And now to make matters worse, they have to take on the toppers.

Alaves enjoy a three-point lead at the top of the table, and only two teams conceded fewer goals than them in the competition. In fact, only three teams managed to score more than them as well.

They have also been pulling off defensive masterclasses lately in their league games, and the expectation is that they have the upper hand this Friday against their struggling opponents.

Expect a win for Alaves at the Nuevo Los Carmenes.

Granada lost 1-0 on the road the last match-day, against Leganes. They also have just two wins to their name in the past whole month, and one of these wins came against a team from the lower divisions, in the Copa del Rey.

On the other hand, Alaves are on a long unbeaten run – stretching back to August. All along they scored goals in plenty, and at the same time delivered great defensive games too. In fact, they kept clean sheets in their last four fixtures in a row, and they are also on a great run on the road.

By the looks of things, expect a win for Alaves.

Tips for Granada vs Deportivo Alaves