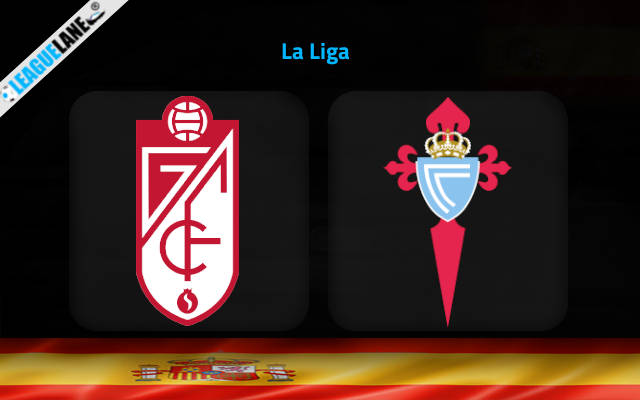 Granada are stuck in the relegation zone in this final phase of the season and this has made them plenty desperate. They need to figure out a way to come up with some surplus of points or else they will have to spend at least one season in the lower division.

It worries fans that they are still going through poor stretch of performances and they are also conceding goals in huge numbers.

The only solace they have for this upcoming encounter is that it is at home, and the passionate crowd will try to cheer and help their team to go after a safe spot in the table.

In the meantime, Celta Vigo are placed comfortably in the mid table, and this relative safety has seriously affected their form. They have dropped a lot of points in the past few weeks, and they have let in goals in huge numbers as well.

As these two teams lock horns with each other this Sunday, anticipate goals to come from either end of the pitch.

Granada were held to a goalless draw the last match-day at home by Atletico Madrid. They are also on a four-game winless run, and it needs to be mentioned that they have registered a total of one win since the third week of December.

On the other hand, Vigo lost 0-2 at home the past game week against Getafe. They had also lost three of their past four fixtures, and they had remained winless in eight of their preceding ten matches.

With either team struggling with their defense, and with Granada being deadly desperate, chances are high for goals to come in huge numbers.

Tips for Granada vs Celta Vigo