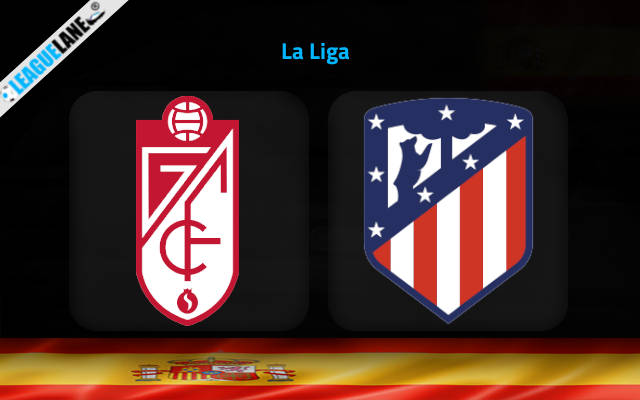 Atleti had set sights on back-to-back titles at the start of the season – especially taking into consideration the issues the two titans Barcelona and Real Madrid were facing.

However, at this halfway point of the campaign, Real seem as strong as ever, and Diego Simeone’s men are on a worrying streak.

They are currently placed fifth in the table, and though they are ahead of the likes of Barcelona and Valencia, the two squads are slowly improving their form.

Atletico Madrid will have to find a solution soon, if they are not to be left chasing a spot to the Europa League.

It goes without saying that they are in urgent need of a win. And just as the doctor ordered, they have an easier fixture coming up.

This Wednesday, they are pitted against a rather struggling Granada, who have managed a total of just four wins all through the campaign.

As things stand, count on Simeone’s men to deliver a winning performance at the Nuevo Los Carmenes.

Granada did record a 4-1 win at home the last match-day. But it was against the 14th placed Mallorca, who are going through a dismal streak at the moment.

Going on, right from the start of the season, Granada were expected to have a tough campaign, and they have had such a run so far. In fact, their rare wins have come against some of the worst teams in the league.

On the other hand, Atleti are the defending champions, and they are expected to secure at least a top-three finish this time around. They did lose 2-1 on the road the past game week. But it was against the second-placed Sevilla, and this defeat will only make them even more dangerous.

By the looks of things, expect a win for the wounded and determined Atleti.

Tips for Granada vs Atletico Madrid