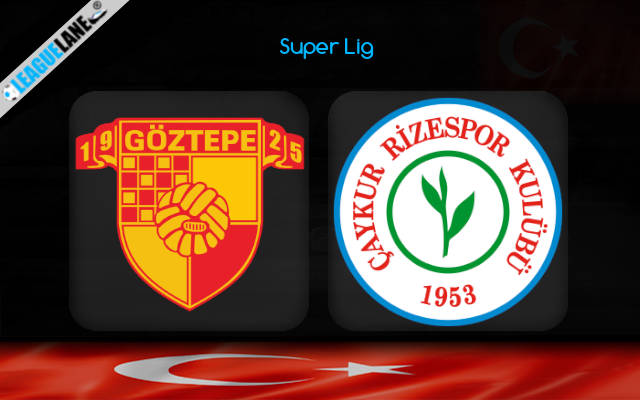 Both of these relegation fighting sides will be meeting this Sunday for the Round 35 of Super Lig. The already relegated Goztepe will be hosting Rizespor at Gürsel Aksel Stadyumu.

Rizespor is at the 18th spot on the standing with 30 points from 34 games. They won only 8 times in the league while drawing on 6 losing on 20 other occasions. Their struggles at the defensive end of the pitch has also been another key factor as they have conceded 65 goals so far, which being the worst in the league.

Rizespor were demolished by 6-0 against Fenerbahce last time out. Once reduced to 10 men in the first minute, Rizespor lost all hope of getting anything out of the game. Goals have seen 23 times in their previous 6 games making it an average of 3.83 goals per fixture. Opposition teams have hit 15 of these.

On the other hand, Goztepe resides at the 19th position on the table with only 28 points. Of the 34 matches played, they won and drew 7 times each while losing on 20 other occasions. With Yeni Malatyaspor, this home side have also been relegated. They lost 10 out of the 11 Super Lig games played previously.

Goztepe managed to hold Gaziantep to a 1-1 in the previous fixture. Tomas’ men played the more positively and had they hard luck on their side as they could have easily gotten all 3 points. Thy have seen scored against on all of their last 6 games.

Meanwhile, Rizespor have failed to win any of their last 16 away matches. They even fired blanks in 13 games this season and that accounts 38% of games where they have not been able to find the back of the net.

Even though both sides are poor, against Rizespor, who are devoid of any realistic hopes for survival, the home side are closer to gain a victory this Sunday.