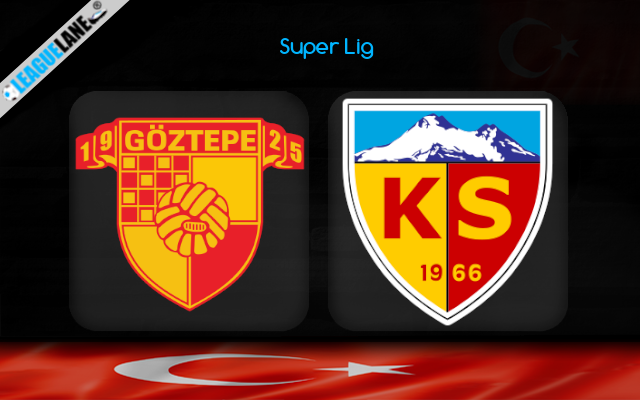 Neither Goztepe nor Kayserispor are enjoying a consistent positive form this season since the beginning. Both these outfits will meet each other in a Super Lig fixture at Gursel Aksel Stadyumu on Saturday afternoon.

Goztepe sits 18th on the table, inside the danger zone with a total of 27 points. Its on rare occasion that they have recorded a positive display in the league this season. They have an average offensive and a disappointing defensive lineup.

Goztepe were last seen playing a 3-0 losing Super Lig fixture on road against Konyaspor. With that defeat, they have constructed a thread of 8 consecutive league fixtures with a negative result. They will be having lack of motivation following the above set of recordings

Meanwhile, Kayserispor sits 15th on the table with a total of 38 points. They too possess a dreadful form in the league lately. They have a good offensive and a disappointing defensive lineup to talk about.

Kayserispor recorded a 0-4 defeat at home against Fenerbahce at home in their most recent league fixture. It was their fifth consecutive defeat in the league. They will be having lowest of spirits to enter this fixture following the above consistent negative results.

Neither of them seems to have enough of potential to seal a win now. They both looks weaker and holds a slump of five or more subsequent defeats in the league at present.

By the looks of things, either of these two outfits would be out of motivation for recording a win as they failed to do so in the recent league fixtures. Therefore, we back them to end up in a deadlock when the referee blows the final.