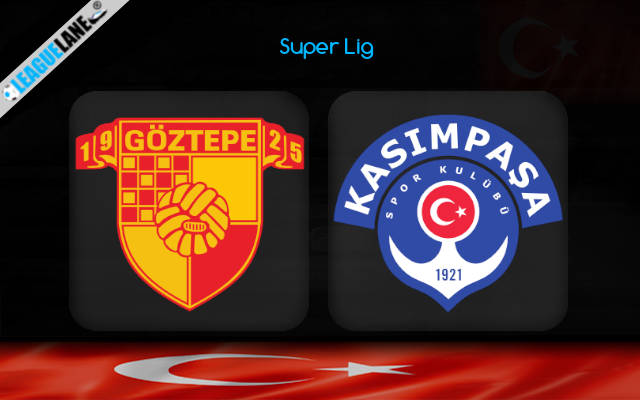 Game week 28 Super Lig brings us the match between Goztepe and Kasimpasa on Saturday at Izmir.

Goztepe played against Giresunspor in their last match. Giresunspor scored three goals in the match and maintained their lead until the end. Goztepe were able to find the net only once in the match ending the game with 3-1 FT score.

Kasimpasa played against Fenerbahce in their last match, in which Fenerbahce had a narrow win. Fenerbahce scored in the 90’ minute to take the lead in the match, ending the game with 1-2 FT score.

Kasimpasa has gone down in their form in the recent matches. The team is currently on a clod streak which has lasted for four continuous matches. The team now stands 15th on the league table and has earned only 29 points from their matches.

Goztepe’s home matches have not produced the results the team had hoped for. From the last five matches in their home ground, the team has scored in four and secured wins in two. Kasimpasa has similar records in their away matches.