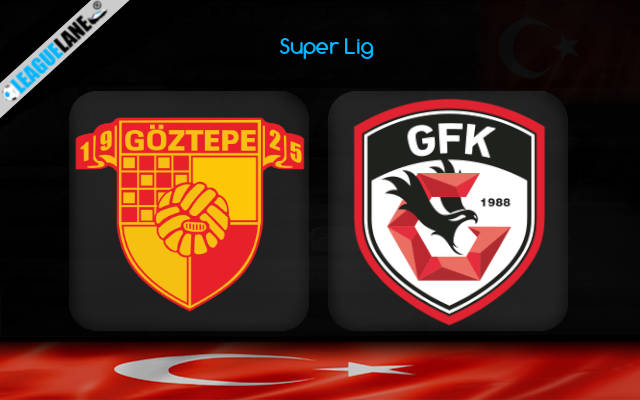 Gaziantep FK are struggling badly to perform on travels this season. They scored 4 and conceded 17 goals in 7 away fixtures. However, they are set to play Goztepe who have only one of the last ten league outings. We are going for the draw here.

Goztepe are hoping to maintain the three-game unbeaten streak on Monday afternoon when they play host to Gaziantep FK in the last fixture of the Matchday No 15 in Turkish Super Lig.

Both teams were successful in mid-week’s games against lower-division teams in the cup. Both teams have also managed to snatch positive results against the likes of Fenerbahce and Konyaspor respectively in the previous round last weekend.

Goztepe thus played a 1-1 draw at home to Fenerbahce in a match in which they have allowed their counterparts no more than four attempts in total during the 90 minutes.

On another note, the team led by Nestor El Maestro won only one of the last ten league fixtures. They scored two or more goals in just two of these ten fixtures.

Next up for Goztepe are Gaziantep FK whose results are very hard to understand. The visitors are a completely different team when play at home to what they are on the road.

Erol Bulut’s men, who hold the 12th place in the league ladder, have thus lost six and drawn one of seven league fixtures away from home this season.

Tips for Goztepe vs Gaziantep