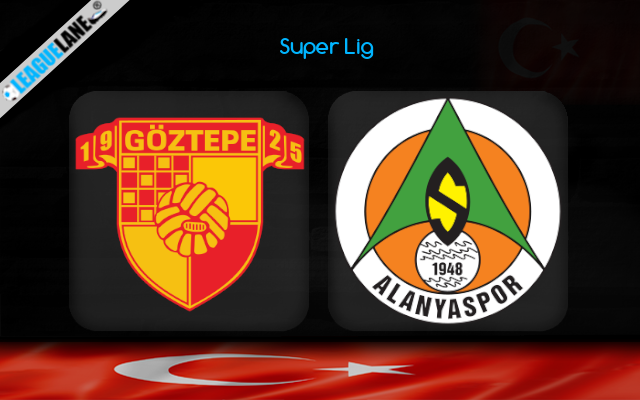 Alanyaspor have recorded enough of positive displays to find a spot very near to the safe zone on the table. They have a total of 46 points to occupy the 5th spot. With just one point difference with the promotion zone, they will be eyeing for a spot in the first four by sealing a win from the coming league fixture.

Alanyaspor recorded a 2-5 demolishing defeat at home in their most recent league fixture. The were having a two-game winning streak before conceding the above defeats. They will be hoping to return back to the winning ways.

Meanwhile, Goztepe are not pulling up any trees since the beginning of this season. As a result, they sits 18th on the table which is inside the danger zone. They have a disappointing offensive and defensive lineup to talk about. On a whole, they doesn’t possess anything impressive.

Goztepe lost against Trabzonzpor in their most recent league fixture. The match ended up in a 4-2 ft score. With that defeat, they are now following a six-game losing streak. Following such a set of negative displays, they will be having lowest of spirits to enter their next fixture.

By the looks of things, we expect another positive on road display for Alanyaspor when they visit Gursel Aksel Stadyumu on Saturday to face the hosting Goztepe in a Super Lig fixture.

Goztepe lost each of their past three league affairs at home leaking two or more goals. On the other side, Alanyaspor are unbeaten in the past 4 league fixtures on road.

We are not convinced in backing Goztepe on the record of their strong head to head stats against Alanyaspor in the history of this match-up here. Their dreadful form in the league of late is more than enough to predict a conclusion in favour of Alanyaspor.