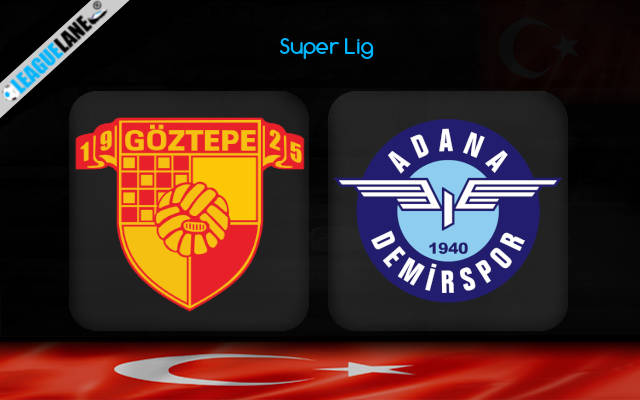 In game week 19 of Super Lig, Goztepe face Adana Demirspor for their next match on Sunday at Izmir.

Goztepe is in 18th position on the league table with 14 points to their name. They are in the relegation zone at the moment. Goztepe played their last match against Faith Karagumruk, in which the opposition scored the only goal in the game. The match ended with 0-1 FT score.

Adana Demirspor is in the 4th position in the league table with 29 points to their name. They have a chance of promotion if they keep up their performance. The team played their last match against Galatasaray in which they scored two goals in the game. The match ended with 2-0 FT score.

The host has played nine home matches in the league so far and has two wins from these matches. The team has only scored in three of their home matches as well.

Adana Demirspor has 8 wins, 5 draws and 5 losses so far in their league matches. The team has won their last three consecutive matches and has secured five of their wins in the last ten matches. Most of the goals scored by the team were in the second half. Adana has scored 26 goals while conceding 21 goals in this season.

They have played nine away matches so far in the season and have three wins in the matches. The team has also scored in seven of their ten away matches as well. Adana played their last match against Alanyaspor, which ended in a win after Demirspor scored three goals against the opposition. The match ended with 1-3 FT score.