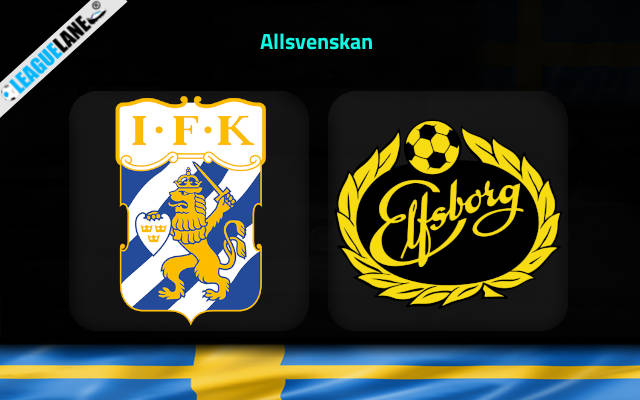 Elfsborg have a good opportunity ahead of them to overtake their rivals Goteborg. Both these sides will go head-to-head at Gamla Ullevi.

The host are currently on a two-game losing streak. In their last league outing, they lost to current table toppers Djurgarden by 3-0. In that game, Mikael Stahre’s team conceded two penalties. Moreover, this is their third defeat in their last five league outings.

On the other hand, Elfsborg are making good progress. They are now on a three-game winning streak. In their last league outing, they defeated Sirius by 3-0.

It is worth knowing that they managed to hit the target seven times in that game. The month of September has been very crucial for Jimmy Thelin and his team.

As they have won all of their Allsvenskan fixtures comfortably. Moreover, they have kept two clean sheets as well.

Last season the current visitors were just two points from reaching the third position. This season, they seem to being making a very late progress as the season is almost finishing up.

Mikael Stahre has to be cautious to not lose any points. As they have a decent chance to reach the top three as the season is approaching its end.

The visitors are in good goal-scoring form. They have scored eight goals in their last three league outings. Nevertheless, they are averaging 1.83 goals per game this season.

It is worth knowing that the home side are not showing good defensive performance recently. They have conceded six goals in their last two games.

Our prediction is that Elfsborg will win – at 2.55 odd. This is after considering that the visitors won three of the last five head-to-head matches.

Our second tip for this game is that Elfsborg will keep a clean sheet – at 3.75 odd. In four of the last six meetings, they have kept a clean sheet against this side.

Moreover, Elfsborg will be the first team to score- the odd for this tip will be at 1.83. The visitors have scored the opening goal in the last four consecutive overall encounters against this team.

The opening goal will be scored by Elfsborg @ 1.83.