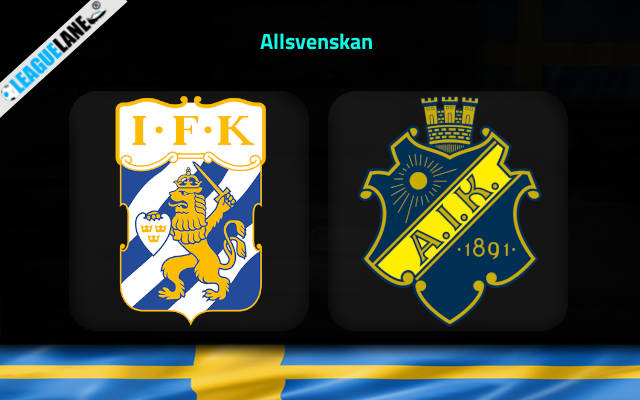 Goteborg fans are now happy as their team finally ended a five-game losing streak by defeating rivals Malmo. They will now hope for the same result against AIK.

This month the host were stunned when they got defeated by Sundsvall who are at the bottom of the table. What made it interesting is that they conceded three goals in that game. This game raised many questions towards Mikael Stahre’s tactical decisions.

All the concerned doubts were cleared as they defeated Malmo in the very next game by 2-1. It was Carl Johansson who scored the winning goal in the 83rd minute of the game.

On the other hand, AIK could not get past Hacken last time as they fell to a 2-1 defeat. This defeat comes after they won by the same scoreline against Djurgarden.

With just three matches remaining before the season concludes, AIK boss Henok Goitome has now changed his game plan. They are trying everything to get to the top three of the table.

This all-or-nothing approach has not worked out completely as in the last two games, two different players got a red card.

Both teams are separated by large margin of eight points on the table. However, the host are having an advantage from the good record that they maintain against AIK.

Hence, the first prediction is that Goteborg will win by 1-0 – the odd for this tip will be at 10.00. The host have an excellent winning record against this side at Gamla Ullevi . They have won all three meetings starting from 2019.

Our next tip for this game is that Goteborg will keep a clean sheet – the odd for this tip will be at 4.00. For the last three years, the host have kept a clean sheet against AIK in three meetings.