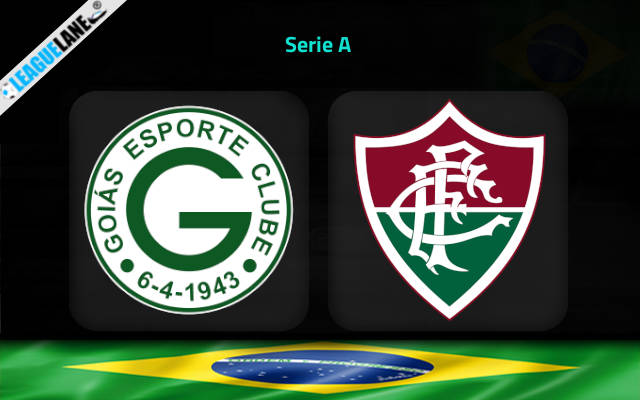 Round 18 of Serie A is set for this weekend as Goias play host to Fluminense, where both these sides differ by 7 points and places each. These two teams will be seen battling it out at Estádio da Serrinha, this Wednesday.

Fluminense is at the 5th spot on the standing with 28 points from 17 games. They won 8 times in the league while drew on 4 and lost on 5 other occasions. The visitors need just 2 more points to sneak into the top 4 and Copa Libertadores group stage promotion zone.

In the game prior to this, the visitors drew 2-2 in the Serie A match with Sao Paulo. In their previous 6 outings, Fluminense have helped themselves to a tally of 14 goals while having not failed to score in every single one of those games.

On the other side, Goias resides at the 13th position on the table with 21 points. Of the 17 matches played, they won 5 games while having drawn and lost 6 matches each. Six of the last 8 home games in the Serie A have served up under 2.5 goals, so they have not brought much excitement in their schedules.

The home side prepare for this fixture following on from a gaol-less tied result against Juventude. Goias have been quite ineffective in attack in recent times as their sum of goals stand just 3 against opposition teams over the course of their last 6 matches.

Heading into this one, Fluminense haven’t been defeated in their previous 4 matches away from home. They have kept 4 clean sheets in the last 5 games, conceding just once during the period. Moreover, the visitors also won the last 2 h2hs in a row.

Meanwhile, Goias are left without a victory over this rival in their last 2 matches in the league. Things have not been going that well in front of goal for them recently, with the side failing to score in 3 of the last 5 games.

Knowing that, we expect Fluminense to seal a win against this Wednesday.