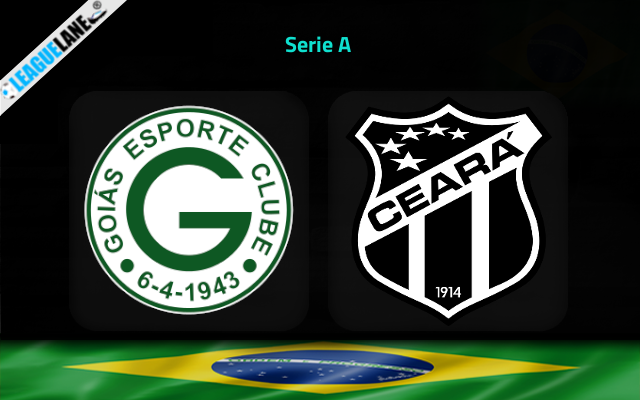 Goias had an unimpressive start and was going winless for the first four games this season. However, they have bettered themselves by recording unbeaten outcome further. The most recorded outcome by them in the past five is a positive display.

Goias were last seen playing a 1-2 winning league outing on road against Botafogo in a Serie A fixture. It was their third win this season and all of them were recorded in the past five league outings. Their transformation is evident with the above recent recordings for sure.

Ceara recorded a 0-2 win on road against America MG in their most recent league fixture. With that win, they are now following a streak of six subsequent unbeaten games in the league. They will be hoping to extend it by sealing more of those from upcoming outings.

The home form of Goias is not that impressive at present. They are inconsistent and are winless in three of their total four league outings at home so far this season.

On the other side, Ceara is having an unbeaten form on road at present. They have won two and drew two of their past four on road league outings this season.

On top of that, Ceara possesses a decent head to head form against Goias lately. Hence, we back Ceara to seal a win from this Serie A fixture against Goias on Sunday.