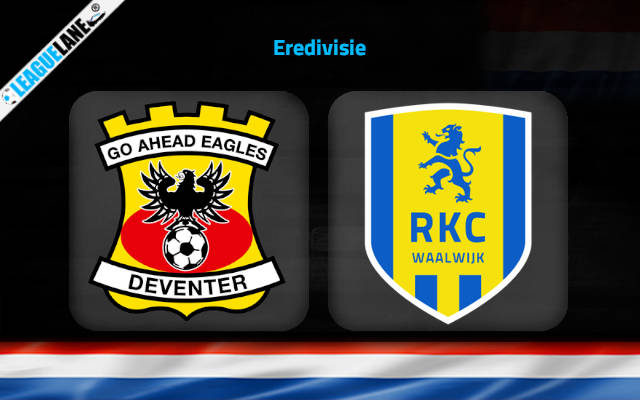 Go Ahead Eagles are struggling to move higher in the table as they have failed to register a win in the league since November.

RKC Waalwijk have got hold of a few points in recent games. However, they needed to do that on a more consistent basis with teams in the relegation zone breathing down their necks.

The former will welcome their opponents to De Adelaarshorst as they fight it out for three points this Saturday.

The pride of the IJssel Where last seen in a 2-0 loss away from home against league leaders PSV. This marked back-to-back losses for the club in league competitions.

With just a point coming from the last four fixtures the club is now 11th in the Eredivisie, five points clear of their opponents for this weekend.

RKC meanwhile were able to manage just a point in the fixture against Sparta Rotterdam as the match ended with a score line of 1-1 away from home.

This has put them 15th in the league table as their opponents on the last match day are just three points behind them.

The hosts are currently on a 3-match losing streak at home in league fixtures. However, I do see them registering their first win in four matches as they are set to take on an opponent who has not won an away fixture in the Eredivisie since November 2020.

The visitors have scored a goal on average in their last five away league fixtures. While their opponents have conceded at least once in their last six home fixtures. Consequently, I have backed both teams to get on the score sheet.