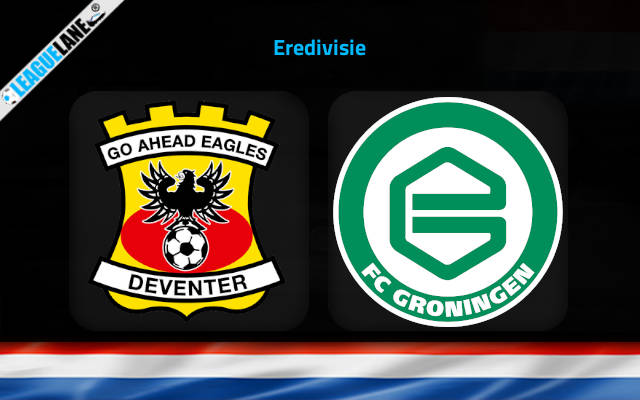 Go Ahead Eagles have scored four goals in each of the last two home outings in the league. They are up against Groningen who shipped as many as 15 goals in 6 away fixtures this season. Based on the teams’ recent form, we just have to take the home win bet at the 2.30 odds.

Go Ahead Eagles vs Groningen Head-to-head

International break came at just the wrong time for Go Ahead Eagles who had caught the extraordinary spell of form before the national team duties.

Go Ahead Eagles will thus enter the Sunday’s early kick-off against Groningen in the highest of spirits having won three and drawn one of the last four Eredivisie matches.

Out of all these victories, it’s the goalless draw away at Ajax in the previous round that is probably the most impressive result in the process.

Go Ahead Eagles have been especially dominant in their own backyard where then won four of the last Eredivisie outings.

The lone defeat in this run came against the likes of PSV and it was a narrow one (1-2).

Groningen, on the other side, took only one point in the last two rounds despite playing NEC and RKC Waalwijk along.

They have won only two games since the beginning of the season and currently sit fourth from bottom in the Eredivisie table.