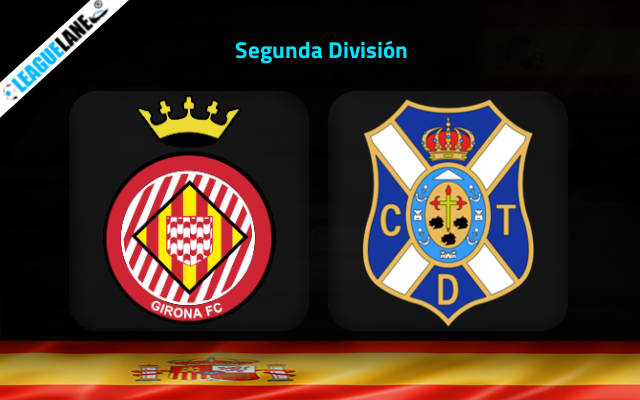 Both these teams were underdogs in the playoffs semi-finals, but they managed to overthrew their opponents and have arrived to the final in style. Girona especially were in a tough spot after they had lost the first leg and that too against a strong contender like Eibar.

But they simply gave it all in the return leg in order to overcome the deficit and have built quite some momentum for their progression to the top flight.

But Tenerife will not go down easily as they are going to give the fight of their lives, especially with a ticket to the Spanish La Liga at stake.

Expect either team to give their absolute best on the pitch this Saturday and it is anticipated that goals will come from both ends of the pitch.

Girona recorded a 0-2 win on the road in the second leg in order to overcome the aggregate deficit in goals and thus have made it to the final of the playoffs.

They had won 5 of their past 7 appearances at home and have lost just 4 times at home since October of 2021.

But Tenerife had won both legs in their semi-finals and add also won 6 of their previous 10 fixtures. In addition, they had also won 4 of their past 5 road trips.

Going on, goals have also come in plenty between the two teams whenever they have clashed in the past.

Considering these observations and just how crucial this fixture is, anticipate goals to come from both ends of the pitch.

Tips for Girona vs Tenerife