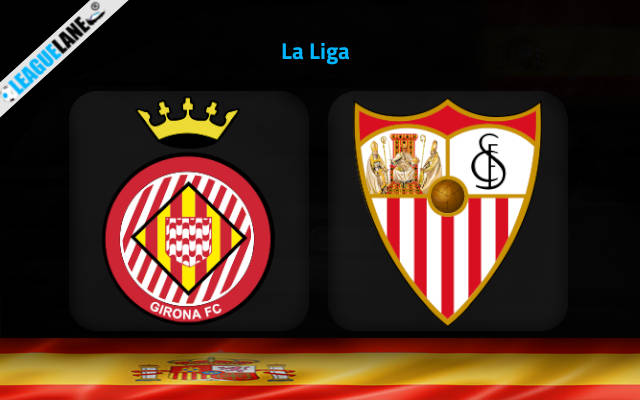 Girona vs Sevilla Predictions and Free Tips from our expert tipsters when the teams go head-to-head in Spanish La Liga on Saturday, 14 January 2023.

The kind of start Sevilla made to this campaign was totally unexpected. They are considered to be one of the titans of the La Liga, and they made such a mess to their start, that they got stuck in the bottom tier of the table. Anyhow, it seems they are on the path to make amends.

Girona could however pose to be a challenge to the former Europa League champions. The hosts of the day have been one of the most consistent teams in the league lately. In fact, along with toppers Barcelona, they are the only team to have remained unbeaten in the past five game weeks.

As mentioned earlier, Sevilla are one of the best teams in the Spanish top flight. They do have a great h2h record against this foe over the years.

Who will win the match between Girona and Sevilla?

Sevilla have a 100% winning record after the World Cup break, barring a single draw. They will be keen to keep the streak going, as they do have quite some ground to cover to make up for the points they dropped earlier in the season.

It helps that they have a dominant h2h record against this rival, and at the same time Girona have let in two or more goals in 100% of their fixtures after the break.

Moreover, they might be unbeaten in the league in the past few match-days, but they are searching for their first win since the campaign resumed as well.

It appears that Sevilla have the edge here to deliver a hard-fought win.

Girona let in two or more goals in all of their matches since the break, and not once have they kept a clean sheet in any competition this whole season.

Meanwhile, Sevilla scored 11 goals from their last four games, and found the back of the net five times in their latest road trip.

Chances are quite high that we are about to see plenty of goals.

It is logical to expect goals from either end of the pitch this Saturday.

On top of being one of the best and most experienced teams in Spain, it seems that Sevilla are slowly regaining their form. They have a perfect winning record the past month, barring a draw.

They also have a superb h2h record against Girona, and for sure Sevilla to Win at an odd of 3.00 appears to be a great value pick.

Going on, both teams have shown great offense lately, and at the same time clean sheets have come seldom for either of these squads. Likely, the Over 2.5 Match Goals wager at an odd of 2.20 seems to be a great second choice.