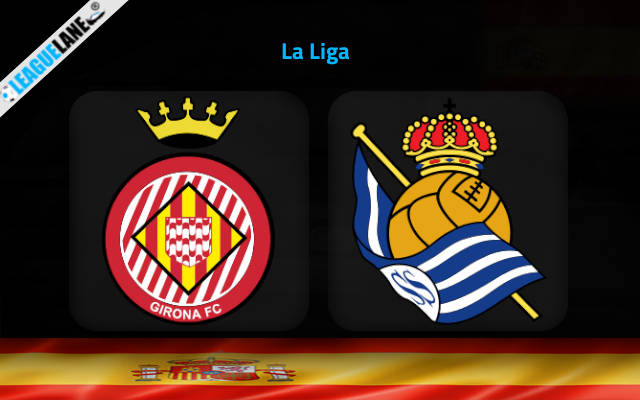 Each of the last three games the Basques have played in all competitions ended in a 2-1 scoreline.

Sociedad have been on the winning side of this scoreline twice in the process, beating the likes of Omonia Nicosia in the UEFA Europa League and Espanyol in La Liga along the way.

It will be very interesting to see whether Imanol Alguacil’s troops will be able to survive this Girona test.

The visitors have generally done very well on travels so far in the season, winning three successive away outings across competitions before falling 2-1 at Getafe in the very previous one.

On the other side, Girona have shown inconsistent performances so far in the season. They seem capable of beating almost anyone in the league on their day but they at the same time can shock the fans with a surprising loss.

In general, Michel can be satisfied with his team’s offensive displays so far in the season. Girona won two of three league outings at Estadi Municipal de Montilivi this term, netting the total of five goals in these victories.

Real Sociedad are set as the favorites here but they did not shine in any of the most recent matches.

Also, knowing that the Basques have never beaten Girona at Estadi Municipal de Montilivi, we are going with Girona to win or draw double chance at the odds of 1.57 as the main betting option.