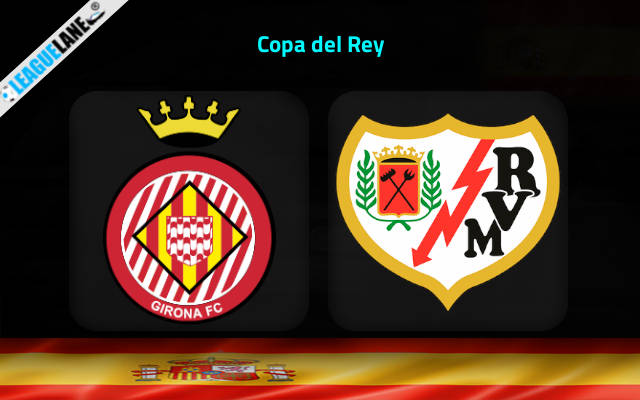 Girona is 6th in Segunda Division currently in the zone for promotion to LaLiga 2 Play offs while Rayo Vallecano is just behind FC Barcelona at the 7th spot on LaLiga. The two teams got advanced from the Round of 16 to the knockout round of 8. The match is set at Estadio Municipal de Montiliv this Saturday where the winner will proceed into the quarter finals.

Girona cleared the round of 32 after a victory over the Segunda competitor Huesca by 1-0. They then got advanced into the draw of 16 with CA Osasuna who had previously defeated the Spanish third tiered opposition La Coruna by 2-1. Their clash ended in favour of the White and Reds after taking an early lead at the first half which ended in 1-0.

The hosts come into the upcoming fixture on the back of 5 consecutive wins lately and sits at the 6th spot on the league. They marked their 11th victory in the league against Fuenlabrada by 2-1 as of recent and have acquired 37 points from 23 matches played so far.

On the contrary, round of 32 for Rayo Vallecano was scheduled against Bergantinos who are in the Segund Division B. That match ended in 3-1 Los Vallecanos got into the draw of 16 against the LaLiga2 Mirandes who previously defeated Lugo. Their encounter ultimately saw 1-0 in the end with a red card for Mirandes and the LaLiga favorites got advanced into the Round of 8.

The visitors drew the latest LaLiga fixture against Betis by 1-1 and thereby landed on the 7th spot with 31 points. From the 20 games played in the league, Los Vallecanos secured 9 wins and lost 7 while drawing another 4 matches. They couldn’t keep up the momentum thereby winning and losing games in random.

We anticipate a home win to happen this weekend, as they are in an excellent form as of late and has won 7 out of the past 12 home games in the league. Even though, the visitors are in top tier league, they are not that much impressive at away schedules so far.