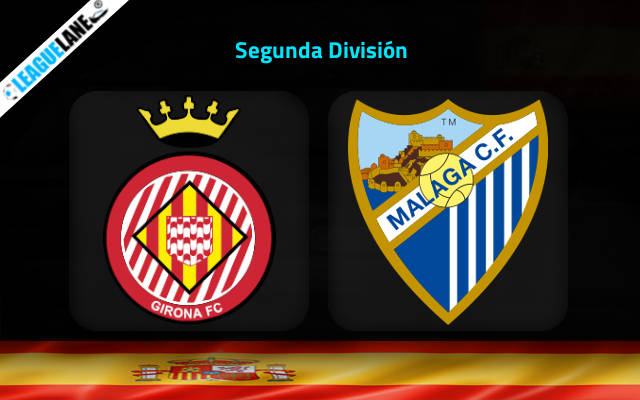 With only 6 points from relegation safety, Malaga will be traveling to Estadio Municipal de Montilivi this Friday to confront the 4th placed Girona for the 34th Round of LaLiga2.

Girona won the last 4 league games in a row. They are 4th in the league with 55 points from 33 games. They won 16 games while losing another 10 fixtures thus far. In the zone for Play Offs, they are point-tight with Tenerife who are below them and they hopefully look this game to extend their lead.

The hosts marked their fourth victory in a row against Almeria by 1-0 previously. They have an impressive front line who had marked the third highest netting numbers in the league with 50 goals in total. The reality is that Girona has been scored against on 5 of their previous 6 games, giving up 5 goals during that time.

On the other hand, Malaga is just above the relegation area at 18th with 37 points from 33 games. They won 9 times in the league while drawing on 10 and losing on 14 other occasions. They have an awful defense who have conceded 20 more than the scored numbers.

Malaga lost back to back league games against Fuenlabrada and Huesca, failing to score on both. They have been scored against on 5 of their last 6 games, with opponents netting 7 goals in total.

Coming into this fixture, Girona won their last 2 games played at home by scoring at least twice on both. They are the fourth best home side in the league winning 58% of the home fixtures.

Meanwhile, Malaga won only twice of their 16 away fixtures played on road this season. They are pretty awful at away fixtures.

By the looks of things, we envisage a win for Girona this weekend against the arriving visitors.