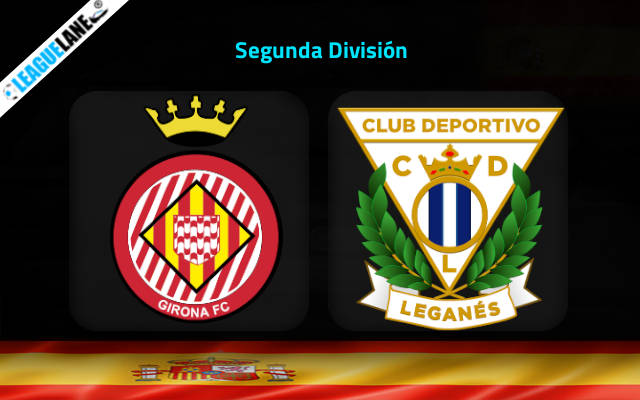 Segunda Division is a tight competition and all teams are right behind each other in the league table. In game week 19 of LaLiga2, Girona hosts the match between their team and Leganes on Monday.

Girona had lost many games in the beginning of the season but are now gaining on their oppositions one by one. Their last match was against Calvo Sotelo in Copa Del Rey, where they secured a win with a stunning 1-5 FT score.

Leganes also had a bad start in the season and are now giving other teams some hard time. Leganes also had their last match in Copa Del Rey, where the team emerged victorious with 1-2 FT score.

After a poor start to their season, both teams are now working hard to win and earn points for their team. Irrespective of their game in the beginning of the season, the teams have improved their game and won their recent matches.

Girona has gained 24 points in 18 games. They have 7 wins, 3 draws and 8 losses currently in the tournament. Girona is playing well at the moment and has 4 wins from last 6 matches only. The host has scored 22 goals and conceded 23 goals in all their LaLiga2 matches.

Girona has won 4 of their home matches out of 9. Their last hone match was against FC Cartagena, in which they won against a goalless opposition after scoring 2 goals.

Leganes are in 16th position in the table and 3-points away from Girona. They will hope for a win in the next match to make themselves even with the hosts. Girona is also playing well after a poor start this season.

The visitors have won 3 of their last 6 matches and 2 ended in a draw. They have 5 wins, 6 draws and 7 losses currently. Leganes has also won 3 of their 9 away games and they won their last away game against Real Zaragoza with 0-2 FT score.