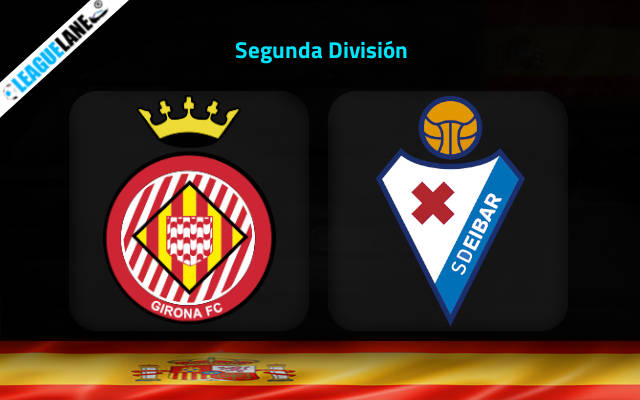 Eibar had missed the cut-off for a top-two finish by the slightest of margins in the regular season. They had finished 3rd in the table trailing a single point below the second placed Valladolid, who have made it to the top flight now.

Meanwhile, Girona barely qualified for the playoffs as they secured a 6th place finish. They were level on points with the 7th placed Oviedo. It also needs to be mentioned that they were trailing by 12 points below Eibar at the end of the regular season.

Moreover, they have a poor head-to-head record against this opponent as well.

Taking into account all these observations expect Eibar to deliver a win this Thursday.

Girona were winless in 3 of their last 4 overall fixtures, and they had also lost 2 of these games.

On the other hand, Eibar had won 4 of their previous 6 overall games, and importantly, they were unbeaten in 37 of their former 44 fixtures.

Going on they also have a superb head-to-head record against his rival over the past several seasons and it also needs to be mentioned that they are a team that were relegated from the top flight just at the end of the last season.

For these reasons expect a convincing win for Eibar this Thursday.

Tips for Girona vs Eibar