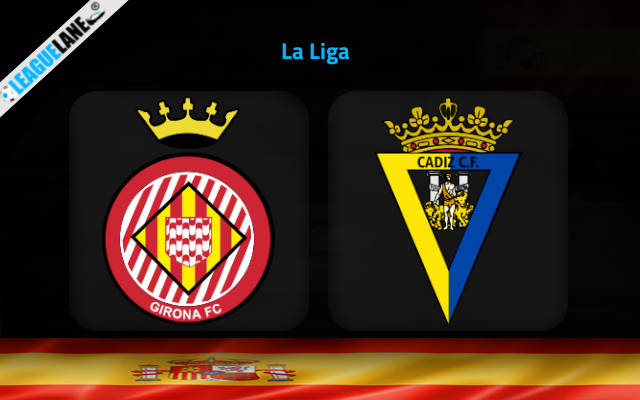 Cadiz opened the season with five successive defeats. Interestingly, the board did not react promptly, keeping the faith in head coach Sergio.

This proved out to be a great decision as the team responded with a win and two draws in the following three rounds.

Cadiz thus moved from the very foot of the league standings and are now actually only two points away from 14th placed Girona ahead of the trip to Estadi Municipal de Montilivi on Saturday afternoon.

Cadiz found a way to extend the unbeaten streak to three matches six days ago by holding Espanyol to a2-2 draw on the home patch.

We have to say Sergio’s troops were the weaker of the two teams on the pitch on the occasion and probably did not deserve the point there.

On the other side, we have Girona who will be highly motivated to bounce back from a three-loss run.

A very tough schedule, featuring the clashes against the likes of Real Betis, Real Sociedad, and Atletico Madrid, was the main reason for such a negative thread.

The match against Cadiz comes at a great moment for the hosts who have shown decent offensive performances in each of the mentioned three defeats.

The hosts should have plenty of room to create up front past Cadiz who have revealed their defensive faults once again in the mentioned stalemate to Espanyol last weekend.

Both teams scored in each of the last five outings Girona played. The hosts have been dangerous offensively against much stronger rivals than Cadiz of late.