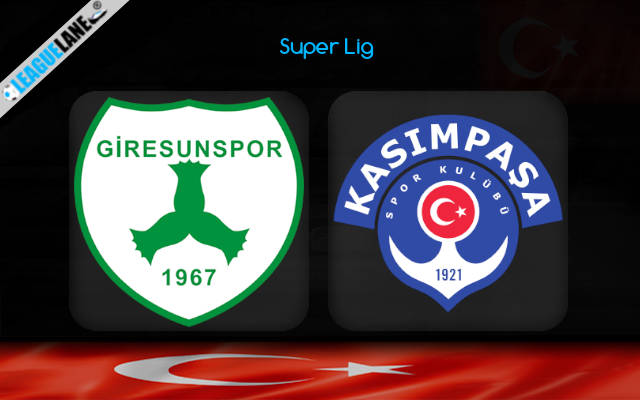 In game week 21 of Super Lig, Giresunspor faces Kasimpasa for their next match on Sunday at Giresun.

The 14th placed Giresunspor has played 20 matches so far in their league matches, earning them 25 points. They played their last match against Galatasaray, in which Giresunspor scored the only goal and won the match.

After a poor start to the season, Giresunspor is now trying their best to make up for it. Their last ten matches have seen them score in seven of the matches and they have won in five of the matches as well. They will look to get back in-form to make up for the losses they had in the recent matches.
Their recent matches in home ground have produced better results. They have scored in four of the last five matches and have won in three of them. Their win streak in home matches was broken with the loss in their last home match against Hatayspor.

Kasimpasa sits in 17th position with 18 points from 20 matches. They are in the relegation and are trying their best to avoid relegation by gaining more wins from their matches. They played their last match against Hatayspor and scored three goals against the team. The match ended with 3-1 FT score.

The team had only won their matches occasionally. But they are trying to earn points to make up for the poor start to the season. They are unbeaten in the last three matches and have scored in the last six matches. However, their performance in the away matches needs more work. They have not won a single match in their home ground. From the nine away matches, the team has scored in five matches.

Giresunspor is the better team of the two and also have the advantage of playing in their home ground. Kasimpasa also has not performed well in their away matches. However, Kasimpasa has scored in their recent matches and will surely look to score in the next match as well.

I believe the match will end in a win for Giresunspor and both teams are more likely to score in the match. The host has improved their performance when compared to the beginning of the season and has scored in most of their matches as well.