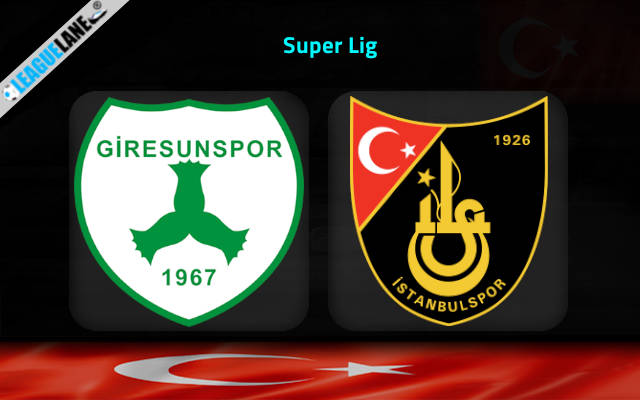 The losing woes continue for Istanbulspor, it has been over a month since the last time they won a Super Lig fixture. Now they will head to Cotanak Stadyumu to play against Giresunspor on Matchday 12 of the Super Lig.

The visitors are fighting a relegation battle this early into the season. Four consecutive defeats in the last month have affected the team’s progress completely. Most recently, Fenerbahce thrashed them in a 5-2 thriller.

Jetmir Topalli managed to score a brace in that game, however it was not enough for the team to win that game. They have lost 63% of their matches this season.

The host are also walking in the same direction. In their last outing, they lost to Istanbul Basaksehir by 3-1. Serginho could only manage to score a consolation goal in that game. Following this result, the team is at the seventeenth position on the table.

Fatih Tekke’s team have the worst defensive record in the league this season. They have conceded twenty-two goals till now, this is one of the reasons why they are languishing in the bottom-half of the table.

Eduart Rroca will be available for selection ahead of this match. Previosuly, he received a red card in the game against Antalyaspor.

You can back the following as our first tip is that Giresunspor will win this game by 1-0 – the odd for this tip will be at 7.50. The host are unbeaten in the last three overall head-to-head encounters against Istanbulspor.

Furthermore, our next tip for this game is that Giresunspor will keep a clean sheet – the odd for this tip will be at 2.50. In two of the last three meetings at Cotanak Stadyumu, the host have kept a clean sheet.