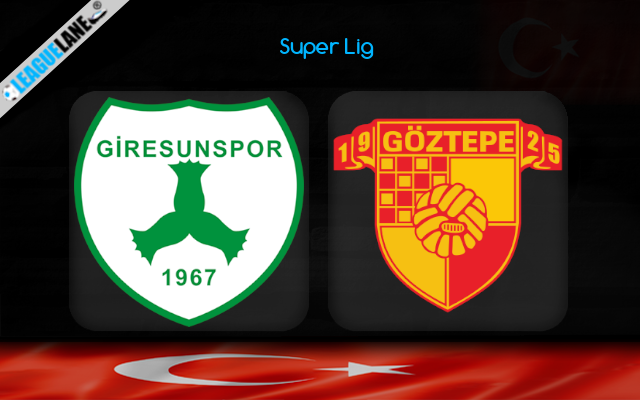 Neither Goztepe nor Giresunspor are enjoying a pleasant league season so far. They both will meet each other in a Turkish Super Lig fixture on Sunday at Cotanak Stadyumu.

Giresunspor are winless in each of their past six league fixtures. They have a dreadful form in the league. Most recent of those recorded against Kayserispor away from home. They leaked two goals while scoring one in that game.

Due to their inconsistency, they remains inside the danger zone. They have 26 points in total. They will be hoping to seal a win in this fixture as they are facing Goztepe of similar strength as theirs with the aid of home ground advantage.

Meanwhile, Goztepe lost three subsequent games in a row after winning a couple of games. They sits 16th on the table. They are on the verge of the relegation picture and will be hoping to increase the gap between them and the danger zone.

Goztepe were following a strong phase of winning games recently. They ended such a positive run after recording consecutive negative fixtures in their most recent league outings.

By the looks of things, either of these outfits will go after the three points. They both will be desperate to win and hence we can expect an interesting affair here on Sunday.

We are left to back neither of these outfits as we see them both having the similar form considering their recent league fixtures.

Goztepe have won two of their past three league fixtures on road. But such a run will count little against Giresunspor as they are yet to face a defeat at this venue against Goztepe. Therefore, we are backing the draw option.